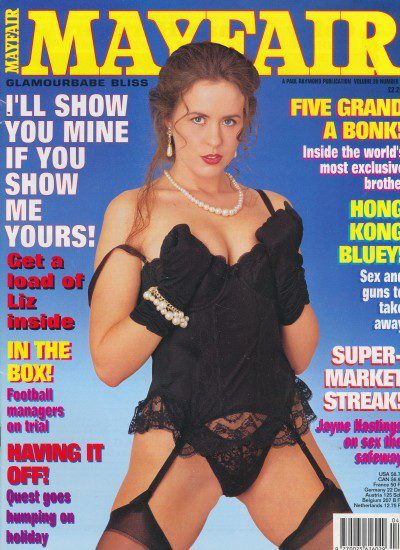 HERE IS THE NUDES – Topical tits — nuder than nude!

SEX THE SAFEWAY! – Jayne Hastings snaps up a bargain bang between the melons and the cherries at her local supermarket

SEXUAL DEALING – Inside the world’s most expensive brothel

HOW DO THEY MANAGE IT? – John Vincent on the touchline with Britain’s mouthiest football managers

Free delivery on this magazine for orders within the UK. Delivery outside of UK is charged relative to weight.

Magazines are packaged in sealed bags which are then placed in strong custom made cardboard packaging.

Packaging is plain with no markings or indication as to contents.

You have not viewed any products yet.